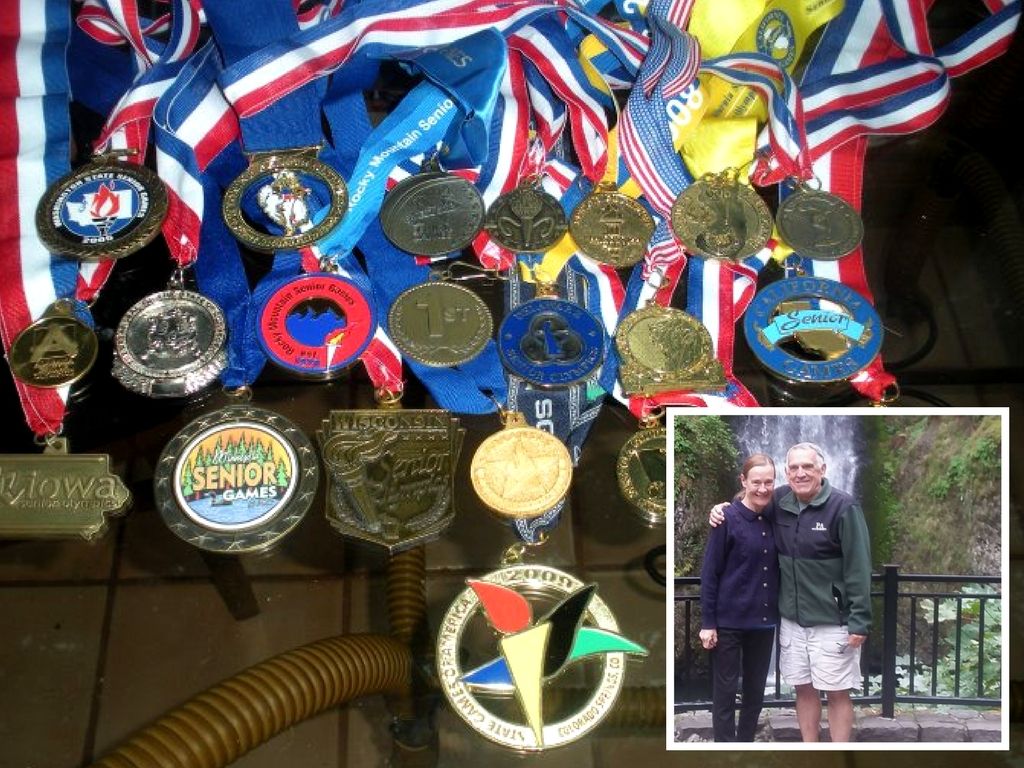 When it comes to traveling the world, there is no better person to talk to than Ron Snipe- A 73-year-old Vietnam Combat Veteran residing in Port Angeles, WA, with geography degrees from the University of Utah and Utah State who has traveled to nearly 200 countries. However, traveling the world and chatting about geography are not the only things Snipe is very well in tune with. The National Senior Games is just another area of expertise in his arsenal of knowledge, which he is bringing with him to the 2017 North Dakota Senior Games in August.

We were lucky enough to talk with Snipe about his travels across the country and experiences in competing in the National Senior Games across the US:

What made you get into the Senior Games?

Ron Snipe: "Just to stay healthy and meet nice people. I have made life long friends and it's just really a good opportunity to see the country. I have taken over 200,000 images on my different travels and I have been on every back route in America. I've probably seen more of America than anybody else in the country in the last 10 years."

What sporting events have you competed in during Senior Games competitions?

RS: "I've competed in just about every single state in swimming and most of them in track. But in swimming all but one and they cancelled it, that was in West Virginia.

"I've done over 30 events, from darts to croquet, table tennis, swimming, track, bowling... Just about every sport you can think of."

Have you ever competed in the biannual National Senior Games?

What made you want to compete in all 50 states?

"I spoke with Marc Riker, the CEO of the NSGA, and we are trying to find a way to get me into Tennessee and North Carolina with somebody else as a team so I can participate and that way I will have participated in all 50 games."

Have you competed in some states multiple times or is it once in each state?

RS: "Well I have competed in some a couples times, like Wyoming six or seven times and Washington. Otherwise, every other one just one time."

Once you have all 50 states in the books, what is next?

RS: "I'm probably going to go to the District of Columbia, ha-ha, no I am going to do that anyway. But just go back and maybe do some others again.

Snipe will be partaking in the 2017 North Dakota Senior Games this August. He shared with us that he already has his plane ticket purchased and is ready to visit the FM area again.

NextBlue is the official sponsor of North Dakota Senior Games

What is the National Senior Games?

Originally known as the National Senior Olympics Organization (NSOO), the National Senior Games began back in 1985 by a group if seven men and woman from St. Louis, MO. The group formed the games with the vision of promoting "heathy lifestyles for adults through education fitness and sport."